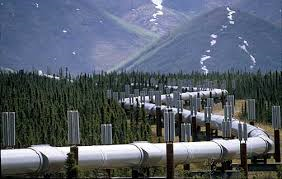 European Union member states are prepared to interact as a means of ensuring natural gas supply for the continent if Russia opts to interrupt its gas exports this coming winter, the European Commissioner for Energy, Mr. Günther Hermann Oettinger, declared today.

The results of tests conducted in 38 European countries member states, to determine their level of readiness for emergency action, showed that gas supply can be ensured through effective cooperation.

“If we work together and implement the report’s recommendations, then no household in the EU will freeze this winter,” Oettinger remarked.

On Greece, the European Commission report pointed out the importance of additional LNG orders as a measure that would counter energy shortages caused by a Russian gas supply stoppage. However, the report warned that LNG orders costs would be higher during a time of crisis.

The Commission report also made note of the limited yet possible reverse flow ability of the Greek-Bulgarian gas interconnection. It has a capacity to transmit as much as three million cubic meters per day, which would cover Bulgaria’s gas needs up to a certain extent. The report noted that, in the event of a crisis, Greece could supply gas to Bulgaria in exchange for electricity.

The report also urges Greece to take swift action and reach an agreement with Bulgaria by the end of this year for mutual emergency action if Russian gas supply is stopped. It also recommends that Greece replace its gas reliance with other energy alternatives wherever feasible, and ensure additional LNG orders.