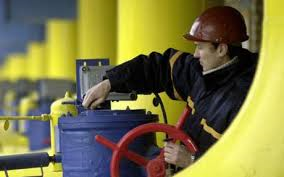 The European Commission plans to impose mandatory pre-screening procedures for all bilateral energy agreements between EU member states and other countries as a means of implementing more centralized control that would ensure compliance with EU regulations and avoid market irregularities.

The EU executive body considers the measure as being necessary following a series of bilateral agreements signed by EU member states, including Greece, with Russia for development of the latter’s South Stream gas pipeline project, despite Russia’s declared end of the plan.

The European Commission’s plan is expected to disappoint certain member states that have already established closer ties with Russia and Russian energy companies, or would like to, such as Bulgaria, Romania, and Hungary, which were involved in the construction plans for Russia’s derailed South Stream gas pipeline project.

Greece, too, is not expected to fully embrace the measure, considering the new leftist Syriza-led coalition government’s apparent interest in establishing new energy agreements with Russia.

The EU’s wider energy policy for reduced dependence on Russian natural gas has been accepted by most member states following gas supply complications caused in Europe by the ongoing conflict between Russia and Ukraine. Until now, the EU has depended on 30 percent of its natural gas supply from Russia.