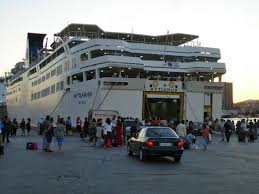 Seeking to heighten the role of eco-friendly sea transportation in Greece, the European Commission has decided to provide approximately 600,000 euros to fund a study aiming to promote the use of LNG by vessels covering Greek island routes as part of the EU’s wider Trans-European Transport Network (TEN-T) program.

The TEN-T program was introduced in the beginning of 2014 as an EU transport infrastructure policy that aims to better connect the continent.

Greater use of lower-priced, eco-friendly LNG on Greek island routes will contribute to the reduction of emmissions, as well as fuel supply costs in the Aegean Sea, the European Commission noted in an announcement.

The study’s objective is to promote LNG use by both passenger and cargo boats serving the Greek islands. The study, to include a survey of port facilities, vessels, shipyards, and shipping company investment plans, will bring together key sector authorities for an in-depth look into the plan’s technical and financial aspects before a proposal is made to the Greek government for its legislative support.

To be supervised by INEA, the European Commisssion’s Innovation and Networks Executive Agency, the study is scheduled to be completed in December, 2015.