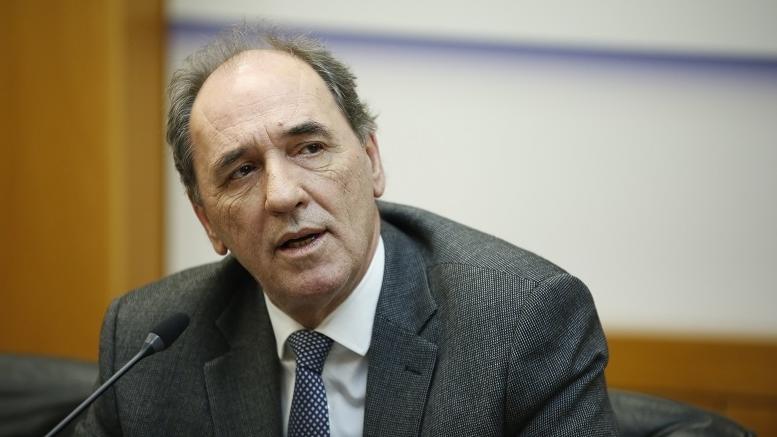 Energy minister Giorgos Stathakis will today resume negotiations with the country’s creditor representatives, returning to Athens to continue working on the completion of the bailout’s second review, carrying a series of proposals that do not share common ground with energy-sector demands called for by the institutions.

The gap between the two sides essentially means that the energy-sector talks will recommence from scratch, or, at best, a long way back from the point reached in December, when the creditor representatives were here last.

The energy minister’s positions on a variety of issues, presented in writing as a reaction to demands forwarded by the creditor representatives, have already been delivered to the institutions. They have not responded.

Though Stathakis has offered reassurances claiming the bailout’s energy-related issues will not obstruct the second review’s conclusion, the current discrepancies suggest otherwise. Unless, of course, the tough demands being made by the lenders prove to be a negotiating tactic, or if the government softens up on the limits it has set.

The Greek side has already shown signs of mild compromise as indicated by an apparent willingness to accept a demand made by the creditors for an increase of the electricity amounts to be offered by the state-controlled main power utility PPC to the NOME auctions.

Introduced last October to break the utility’s market dominance by offering other traders access to PPC’s low-cost lignite and hydropower sources, the NOME auctions have yet to produce results.

The compounding system demanded by the creditors would require PPC to provide increasing electricity amounts to the auctions over the next few years. In 2017, besides a 12 percent proportion demanded by law for the year, Greek officials would need to also offer an 8 percent proportion that had been agreed to for 2016. By 2018, this compounding system would require PPC to make available 33 percent of its electricity to the NOME auctions –2016’s 8 percent, 2017’s 12 percent and 2018’s 13 percent.

In addition, the creditors want to conduct a review of the NOME plan’s progress in June. An alternative measure proposed by the creditors, if the NOME plan’s progress is deemed unsatisfactory, would require PPC to sell 40 percent of its lignite and hydropower stations by July, 2018. Should this route be taken, a consultant will need to be hired for the sale process by no later than this coming August.

Though the bailout requires PPC’s market share to drop to less than 50 percent by 2020, it has remained relatively firm and currently stands at just under 90 percent, supported by a series of discounts offers to clients by the utility since last summer.

On another pending energy sector matter, Stathakis is today expected to officially inform the creditors of the government’s intention to stage a new tender for the sale of a 66 percent stake of DESFA, the natural gas grid operator, following last December’s collapse of a previous long-running effort.