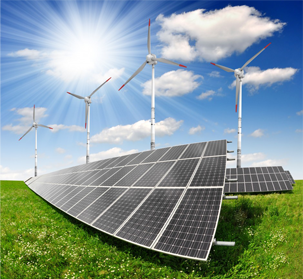 The European Union will need to invest 2.5 trillion euro until 2030 to reach its targets concerning the reduction of greenhouse gas emissions, and also to ensure energy sustainability, according to a study conducted by the German Institute for Economic Research, or DIW Berlin.

Long-term energy sector projects expected to be carried out in Greece, alone, until 2030, are budgeted at 11.5 billion euro. Although the projects, twelve in total, were placed on a fast-track course in June, through an interministerial decision, it remains questionable whether the majority of these will actually be developed. One such project in doubt, valued at six billion euro, is that concerning the transportation of natural gas deposits in Israel and Cyprus to Europe, via Greek territory, namely Crete and the Peloponnese.

On a European level, many trillions of euro will need to be invested if the EU is to reach its objective of reducing greenhouse gas emissions by 80% to 95% by 2050, according to the DIW Berlin study.

The DIW Berlin study presents interesting details on the infrastructure and types of energy options to be given priority until 2030. It highlights the need for investments to focus on advanced, high-tech distribution networks that will enable greater penetration of renewable energy sources, while also allowing consumers to play a more active role in indicating demand patterns through high-tech energy meters.

Also, the ongoing conflict in Ukraine highlights the need for investments in natural gas transportation networks, as well as LNG facilities. The International Energy Agency (IEA) estimates the level of required investments for LNG infrastructure at 165 billion euro until 2030. The European Commission anticipates that 70 billion euro will be required in this domain by 2020. As for projects concerning energy conservation, IEA estimates that Europe will need to invest between 1.2 and 2.3 trillion euro until 2035.