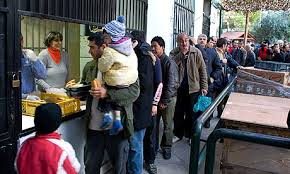 Following up on measures implemented for lower electricity rates to various organizations and charities offering socially-oriented services, the Ministry of Environment, Energy & Climate Change is also preparing to do likewise for such agencies with natural gas connections.

The country’s three gas supply companies (EPA) operating in the wider Athens area, Thessaloniki, and Thessalia, in the mid-northeast, have been notified by the Minister of Environment, Energy & Climate Change, Yiannis Maniatis, about the plan to also apply reduced gas rates for socially-oriented agencies. The ministry has examined the plan with RAE, the Regulatory Authority for Energy.

“Social cohesion and solidarity, as well as protection of vulnerable social groups, is our main aim amid the current crisis we are experiencing. Thousands of fellow citizens need our support,” Maniatis announced. “We established the social solidarity rate for electricity, offering lower energy costs to meal centers, social agencies, pharmacies, medical practices, and church activities. This was an important intervention, which we are now also extending to gas connections.”

Based on criteria used by HEDNO, the Hellenic Electricity Distribution Network Operator, locally known as DEDDIE, a total of 181 agencies currently qualify for the reduced natural gas rates. Of these, 44 are located in the wider Athens area, 79 in Thessaloniki, and 58 in Thessalia. Their total gas consumption, annually, is estimated to be 15,092 MWh.

The number of socially-oriented agencies that qualify for the social solidarity program is not considered to be final and is likely to increase.