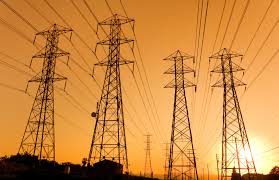 With the country’s creditor representatives, or troika, due back in Athens for the next round of talks with the Greek government a little after the current month’s midway mark, the Environment, Energy & Climate Change Ministry will need to have a NOME-type plan for electricity auctions in its possession as a base for negotiations.

The NOME-type package, to facilitate auctions in the electricity wholesale market, has been preceded by two rounds of public consultation and the fine-tuning that has been carried out as a result.

To implement the plan, the Greek government will need to overcome a number of obstacles. Besides the troika officials, and the European Commission’s Directorate-General for Competition, the plan will also need to convince PPC, the Public Power Corporation, as well as Greek parliament, where it will need to be ratified. Considering the country’s fiery political climate at present, this will be a challenging task.

According to reliable sources, a full version of the NOME-type plan is close to being completed and will be handed over by RAE, the Regulatory Authority for Energy, to the government by the end of the month.

As has been previously reported by energypress, the NOME-type plan is divided into two parts. The first concerns technical aspects, to which certain revisions have been made following observations made by troika officials during their previous visit to Greece. The plan’s second section concerns the starting price level of auctions, which is not only a challenging detail, but also the criterion that will determine whether the new plan will prove to be effective or not. Sources and authorities agree that the starting price will be set at the level proposed at a PPC shareholders meeting last February for industrial consumer electricity rates.