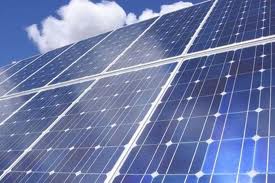 The Ministry of Environment, Energy & Climate Change is, for the first time, leaving open the possibility of making revisions to an upcoming net metering plan for electricity production as a result of proposals submitted during its public consultation process.

According to energypress sources, ministry and sector officials have responded positively to a number of proposals forwarded by interested parties and will examine whether an increase of the intended net metering cap for self-production and professional photovoltaic production, from 10 KW to 20 KW, would have any repercussions.

Sector officials have requested that no production restrictions be imposed on self-producers. “No technical or financial reason justifies the 10-KW limit, nor is this specified by law,” remarked one sector official, reflecting the overall sentiment felt by professionals in the domain. The official went on to say that the proposed restriction will exclude thousands of small-to-medium sized enterprises, small-scale industries, and so on, from the opportunity to make effective use of this new tool.

If it is decided that the proposed revisions can be adopted, they will be included in a ministerial decision to be signed in the next two to three weeks, setting the net metering framework for energy self-production.