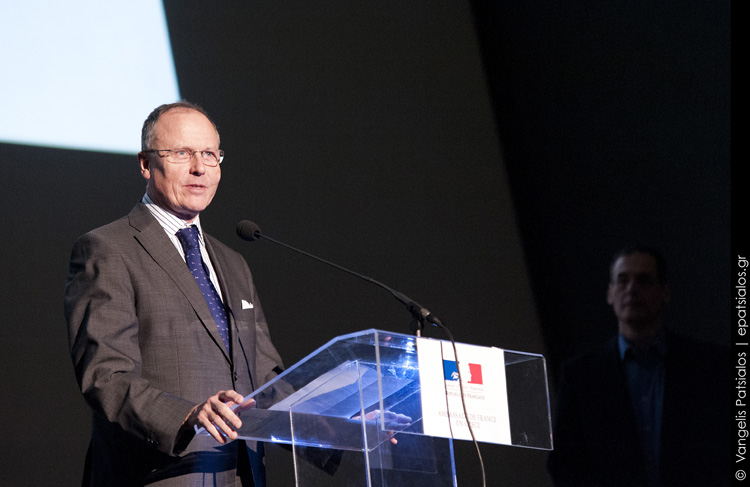 Continuing his quest to promote an international tender for exploration and exploitation rights of twenty offshore blocks in the Ionian Sea, western Greece, and south of Crete, Production Reconstruction, Environment and Energy Minister Panagiotis Lafazanis met yesterday with French Ambassador to Greece Jean Loup Kuhn-Delforge, calling for French participation in the tender. Its deadline has been extended to July 14.

Lafazanis was joined by Sofia Stamataki, the head official of EDYE, the Greek Hydrocarbon Management Company.

Just days ago, the duo also met with Japanese Ambasador to Greece, Masuo Nishibayashi, for a meeting whose agenda included the hydrocarbon tender.

During the meeting, Lafazanis informed the French diplomat that the Greek government is aiming to reduce energy costs for households and enterprises. As part of the effort, a plan is being prepared to reduce the cost of electricity and rid the main power utility PPC of private-sector interests, the minister informed.

Lafazanis also noted that another key aim of the government is to establish Greece as a multi-dimensional energy hub in the region and Europe, which is why the country is offering its support to the TAP (Trans-Adriatic Pipeline) project, to supply Azeri natural gas to Europe via Greece; the vertical IGB route to interconnect Greece, Bulgaria and Romania and link with TAP; as well as “Turkish Stream”, Russia’s latest proposal for natural gas supply to Europe via the Greek-Turkish border region.