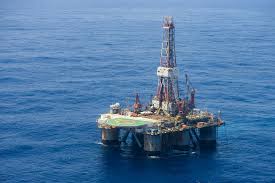 Energean Oil & Gas plans to begin using its recently acquired drilling rig, the first ever to be owned by a Greek company, in the Gulf of Kavala’s Prinos area, northern Greece, in June, when it embarks on the first of fifteen drilling missions in the area.

Acquired by Energean Oil & Gas late last summer, the drilling rig will be transferred from port-city Piraeus’s shipbuilding Perama area, where its assembly process is currently being completed, to the Gulf of Kavala early next month.

The drilling effort’s objective will be to extract 30 million barrels of proven reserves in the Gulf of Kavala region, as has been estimated by ERC Equipose, an independent reservoir evaluation company. It is anticipated that output may increase to levels of between 5,000 and 10,000 barrels per day from 2,000 bpd at present.

Increasing production stands as the only option to bolster the company’s drilling mission in the area against fallen crude oil prices, Energean Oil & Gas officials have stated.

“The Prinos deposit can withstand crude oil prices of even less than 30 dollars per barrel with an output of 5,000 bpd, a production level that also ensures the effort’s sustainability and jobs for a further fifteen years,” a company official noted.

The introduction of Energean Oil & Gas’s new drilling rig to the company’s activity in the Prinos area will create an additional thirty to forty new jobs, with hirings preferably from the Kavala region, the company noted.

Energean Oil & Gas expects its drilling operations in Prinos to be handled by an entirely local team within the next two years, based on the experience to be acquired through working the new company-owned drilling rig.