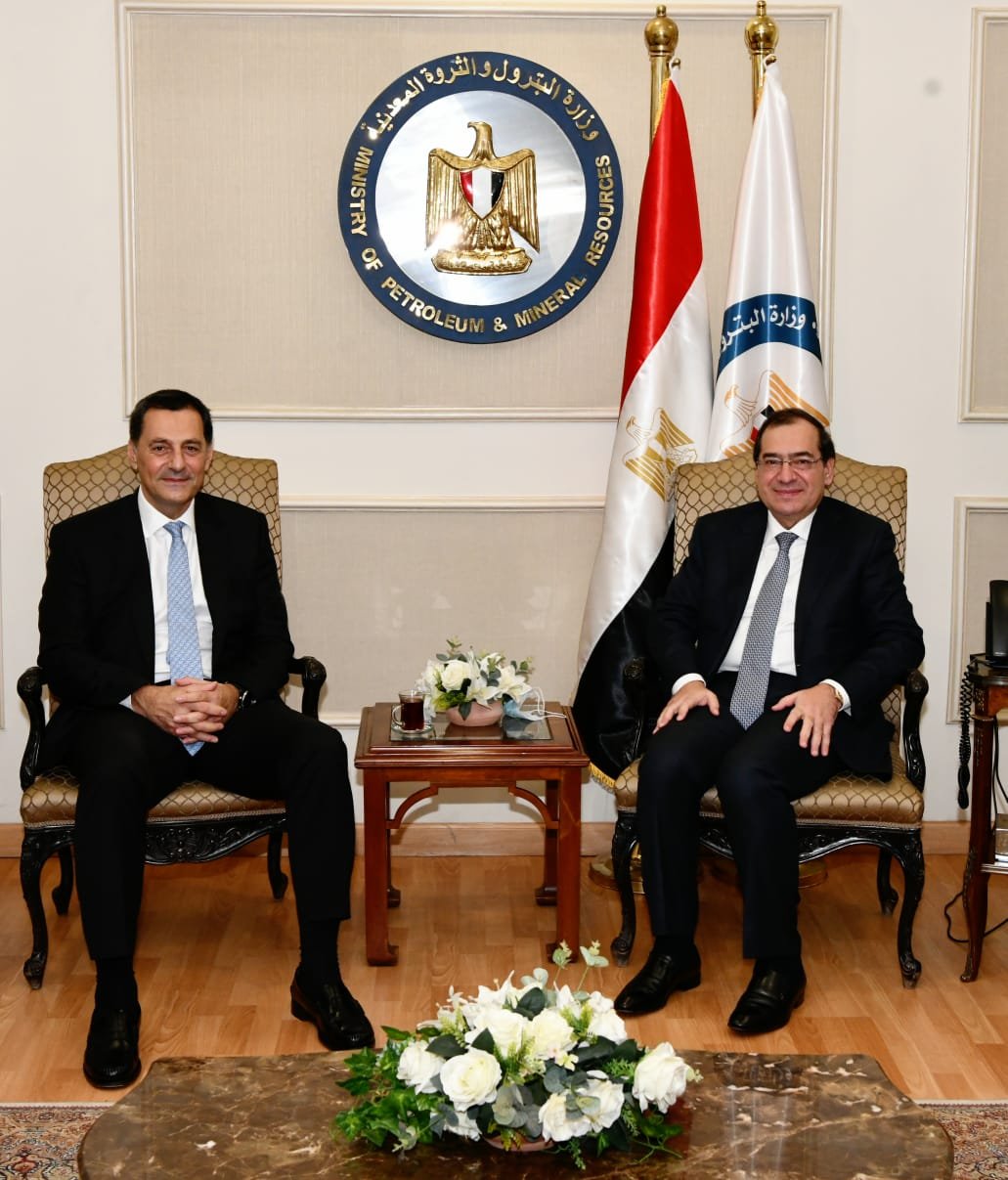 Energean’s plans to develop and increase natural gas production from its concession areas in Egypt, have been discussed during a meeting in Cairo between H.E. the Minister of Petroleum and Mineral Resources of Egypt Tarek El Molla and Energean CEO Mathios Rigas.

Mr. El Molla stressed the importance of the continuous cooperation and coordination between the ministry and international companies to speed up the implementation of new projects, aimed at increasing Egypt’s oil reserves and production.

“Energean is one of the foreign partners who invested in Egypt in the recent years after its acquisition of Edison’s assets worldwide”, the Minister of Petroleum and Mining Resources said. He added that the company has great potential and seeks to pump new investments to maximize the exploitation of gas resources from the Mediterranean region, which is a major center of its operations.

Mr. Rigas confirmed that Energean seeks to increase investments in natural gas development projects in the Mediterranean region. The company also focuses on implementing a plan for exploration and production activities in the deep layers using the latest technologies.