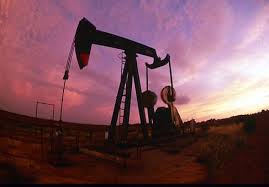 Based on the latest information, no other companies have submitted bids.

Italy’s ENEL did not take part, as had become known yesterday. The Italian company’s step back comes in the wake of withdrawals by three other international energy market players, British-Dutch giant Shell, France’s Total, Italy’s ENEL’s and Spain’s Repsol. They all withdrew their interest along the way following remarks by officials of the new leftist Syriza-led government for greater state control in hydrocarbon exploration and exploitation ventures.

ELPE, in a company statement, noted that its extensive experience in Greece, as well its skilled scientific team, make it a natural choice for hydrocarbon exploration and production ventures in Greece.

Likewise, Energean announced that today’s bid by the company stands as actual proof of its support for the Greek government’s effort aiming at production reconstruction and a return to growth for the Greek ecomomy. The company stated that the Arta-Preveza and Etoloakarnania blocks for which it has made offers represent a natural geological extension of the Ioannina and Katakolo blocks it gained exploration and exploitation rights for in a previous tender. The company has commenced work at these locations.

“Energean is the only Greek company possessing experience in exploration and production of hydrocarbons, over the past 35 years,” the company’s chairman and CEO Mathios Rigas announced, referring to Energean’s operations in the Prinos area, close to Kavala, northern Greece.