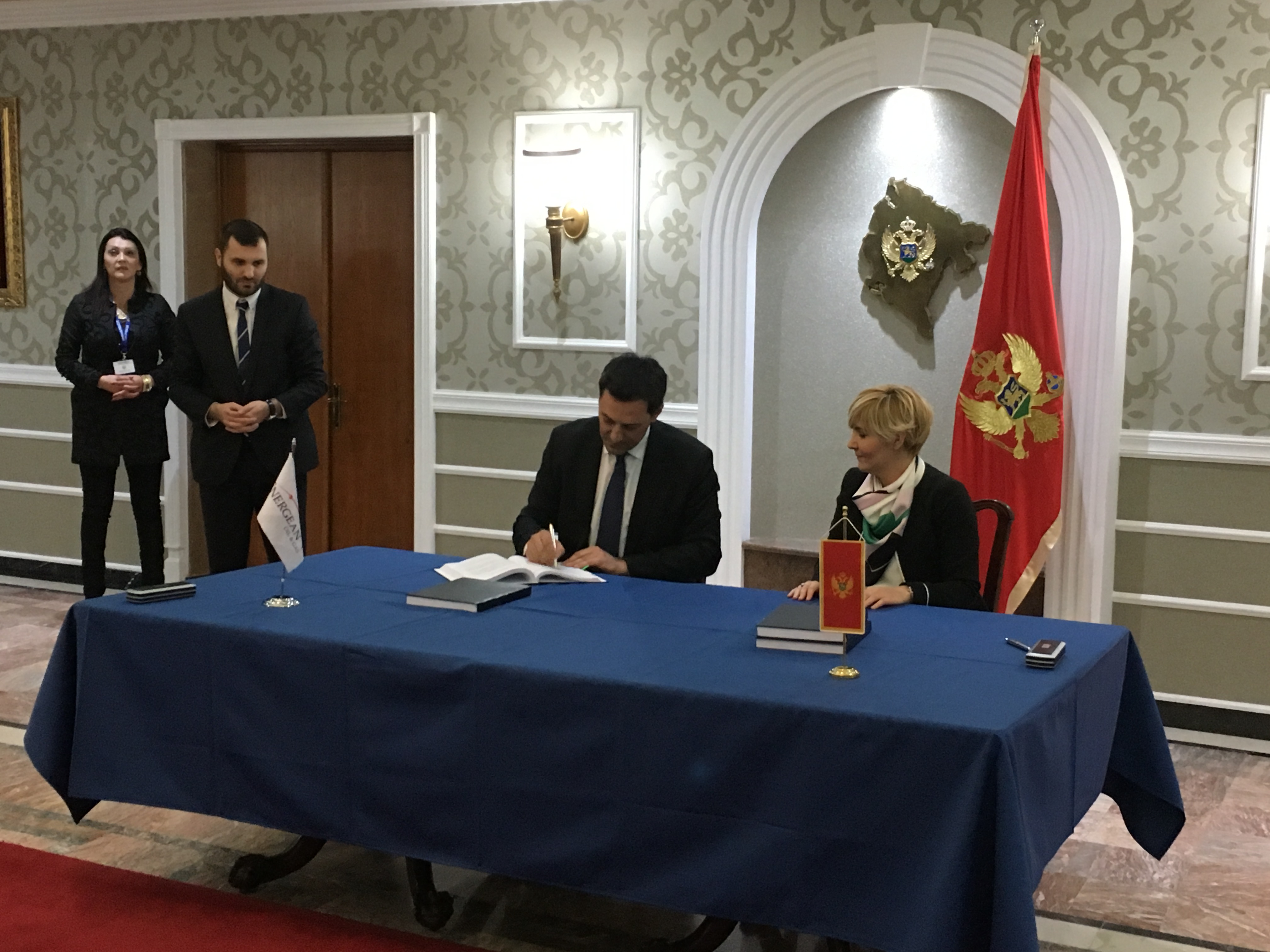 Energean Oil & Gas, a leading independent E&P company focused on the Eastern Mediterranean region, has signed an exploration and production concession contract with the State of Montenegro covering offshore blocks 4219-26 and 4218-30, following approval from the Parliament of Montenegro, Energean announced in a statement released today.

The contract was signed by Mrs. Dragica Sekulic, Montenegro’s Minister of Economy, and Mathios Rigas, Chairman and CEO of Energean Group, at a ceremony held earlier today in Podgorica.

Total investment over an exploration period of seven years will be US$ 19 million, including the funding of a new 3D seismic survey, geophysical and geological studies, and the drilling of one well, Energean noted. The two blocks are located offshore at a water depth of 50-100 meters, close to the Montenegrin coast in the vicinity of the town of Bar. Energean plans to begin the 3D seismic acquisition during the first quarter of 2018.

The Eastern Adriatic has been substantially underexplored to date, despite having similar geology to the wider Adriatic Zone, which is well known for its prolific hydrocarbon systems in Italy, Albania and Croatia, and has been a significant oil and gas producing region for over 50 years. This latest announcement further underpins Energean’s commitment to seeking to open up the oil and gas opportunities in this highly promising territory.

“I am delighted to sign this concession contract, which marks a significant day for Energean and our continued growth, as we enter the highly promising Adriatic region. Whilst a number of major oil and gas companies left the area during the period of sustained low oil prices, Energean remained committed to pursuing the development of the region, and is now extremely well placed to take advantage of this commitment and focus.

“We believe the geology to be similar to that in western Greece, where we have been exploring since 2014 (onshore Ioannina), have a Field Development Plan in progress offshore west Katakolo, and are ready to sign a new contract for a further block (onshore Etoloakarnania).

“Furthermore, our strong track record of operating in environmentally sensitive areas, successfully operating the Prinos oil field in northeastern Greece, which has been producing oil since 1981, ideally places us to drive through this project for the benefit of the local economy and Montenegrin people.”

Energean is the only oil and gas producer in Greece with a 35-year track record of operating offshore and onshore assets in environmentally sensitive areas and employs more than 460 oil and gas professionals.

Energean has reserves of 40 million barrels (2P) in the Prinos Licence, offshore NE. Greece, as well as 2.4 Tcf of natural gas (2C) at the Karish and Tanin fields, offshore Israel. The company is pursuing an ongoing investment and development program to take production from the Prinos and North Prinos Oil Fields to 10,000 boepd by 2018.

Energean recently secured an exploitation license from the government of Greece for the west Katakolon offshore block in western Greece with first oil expected in 2019/20, which will represent the first production of oil or gas in the west of country. The company also has significant exploration potential in the licenses held in western Greece and Egypt, which provide the basis for future organic growth.