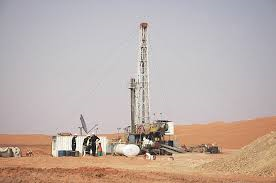 The project, which has received approval from Egyptian authorities, will be carried out by the energy company following an analysis of test drilling, seismic surveys, and aeromagnetic research conducted in the area, covering 1,500 square kilometers.

Energean’s investement plan for the Egyptian block includes a new analysis of aeromagnetic data, acquisition of two-dimensional seismic surveys covering 400 square kilometers, as well as two drilling ventures to be carried out by June, 2016.

“The wider area of the Mediterranean and North Africa presents significant growth potential for the hydrocarbon sector,” commented Mathios Rigas, president and CEO at Energean Oil & Gas. “Despite the negative conditions prompted by the major drop in crude oil prices over the last ten-month period, Energean is utilizing its scientific potential and investing in exploration with the aim of expanding its portfolio in the field and developing from being Greece’s only producing company to a leading regional player.”

The West Kom Ombo area, located in the south-central desert of Egypt’s north, displays geological similarities to the nearby oil deposit of Al Baraka, where oil is already being pumped.