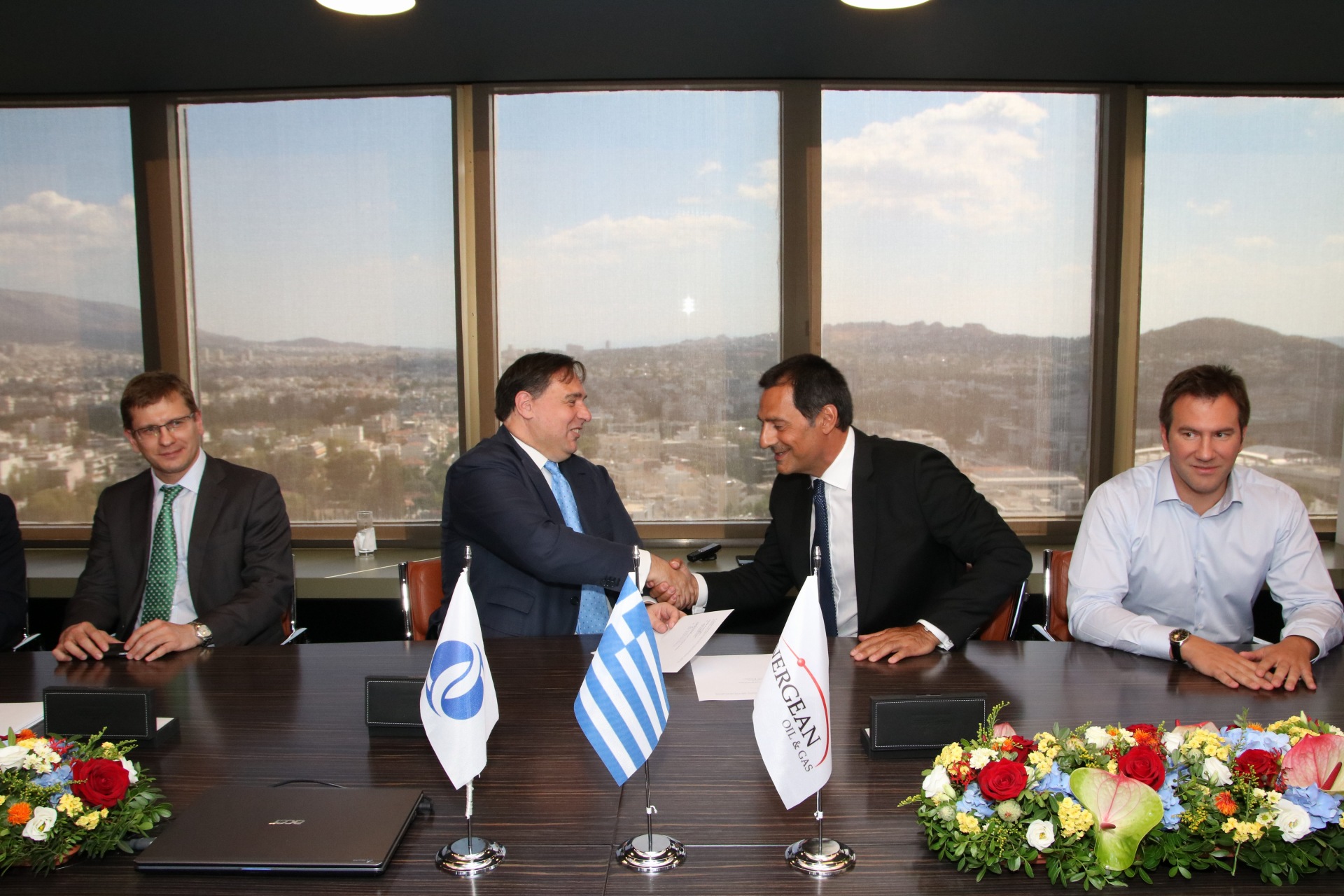 The European Bank for Reconstruction and Development (EBRD) has increased its financial support offered to Energean Oil & Gas, Greece’s only company producing oil and natural gas, with 20 million dollars of additional funding, Energean announced in a statement.

Energean plans to use the additional funding to support its hydrocarbon exploration work in the Prinos Gulf, northern Greece, as well as in western Greece.

The latest EBRD funding for Energean comes as an addition to a 75 million-dollar loan recently agreed to for an investment program currently in progress in the Prinos area that aims to increase production in the area.

The new loan, highlighting EBRD’s commitment to supporting enterprises in Greece, will also help Energean apply new technologies and proceed with a series of investments to improve its energy efficiency.

The agreement was signed in Athens by Riccardo Puliti, EBRD’s Managing Director and Head of Energy and Natural Resources, and Mathios Rigas, Chairman and CEO at Energean Oil & Gas.

Sabina Dziurman, EBRD’s Country Director for Greece and Cyprus, announced: “Following the first agreement in March, we are pleased to announce that we have signed a new funding agreement with Energean. The new agreement underlines our faith in Energean, a truly unique Greek enterprise that impresses with its major potential, as well as our commitment to the company’s further success.”

EBRD began investing in Greece in 2015 with the objective of supporting the country’s economic recovery.