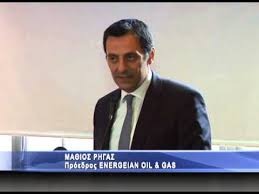 Energean Oil & Gas, the international oil & gas production and exploration company focused on the Mediterranean and North Africa, has declared that it is now ready to explore and develop new reserves following Thursday evening’s ratification in Greek Parliament of its Licence Agreements for hydrocarbon exploration and exploitation at the Ioannina and Katakolo blocks in western Greece.

The company stressed that the exploitation of oil reserves would offer support to the Greek economy’s recovery.

According to a company announcement, Energean holds an 80 percent interest in the Ioannina onshore block, while Canadian Petra Petroleum holds the remaining 20 percent. Energean will act as Operator.

Energean holds a 60 percent interest in the Katakolo offshore block, while British Trajan Oil & Gas holds the remaining 40 percent. Energean will also act as Operator for this venture.

Commenting on the deal, Mathios Rigas, Chairman and CEO of Energean Oil & Gas, noted: “The ratification of the Licence Agreements for the Ioannina and Katakolo blocks re-launches the Greek hydrocarbon exploration sector. Energean has played a significant role ahead of this development, as we have revived oil production from Prinos by investing more than 180 million euro since 2007. Energean is ready to explore and develop the new blocks, in line with the strictest environmental standards, which will ultimately support the recovery of the Greek economy”.