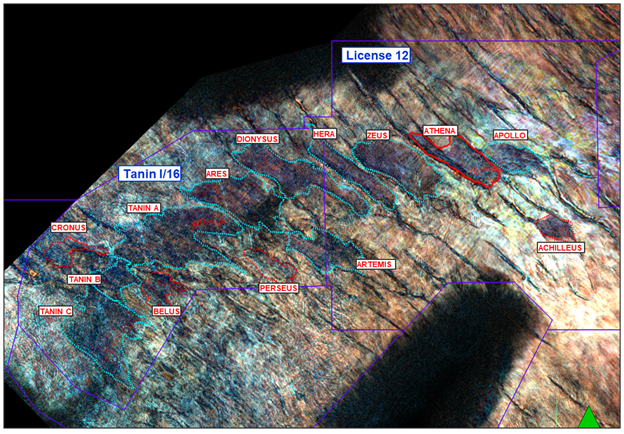 “We are delighted to announce this new gas discovery at Athena and the potential of the wider Olympus Area. We are considering a range of strategic commercialisation options both for a standalone and wider Olympus Area development, including domestic and multiple export routes.

“This discovery and the broader de-risking of a number of prospects in the Olympus Area reaffirms the role of the East Mediterranean as a global gas exploration hotspot. It strengthens our commitment to provide competition and security of supply to the region, enables the optimisation of our Israel portfolio and fulfils one of our key milestones for 2022.”

The Athena exploration well was drilled on Block 12 (Energean Israel, 100%), located 20 kilometres from Karish and 20 kilometres from Tanin A, in a water depth of 1,769 metres. It was drilled in 51 days and came in below the budget of $35 million. The Athena exploration well is the fifth well in a row that has been drilled successfully by Energean in Israel.

A gross hydrocarbon column of 156 metres was encountered in the primary target (the A, B and C sands). Preliminary analysis indicates that the Athena discovery contains recoverable gas volumes of 8 bcm (283 bcf / (51 mmboe) on a standalone basis. Additional analysis will now be undertaken to further refine the full resource potential (including volumes contained within thinner sands between the main reservoir units) and to confirm the liquids content of the discovery.

The Athena well has been suspended as a future production well.

Commercial hydrocarbons were not discovered in the deeper secondary target (22% Probability of Success, D sands).

Athena can be commercialised in the near-term via tie-back to the Energean Power FPSO, enhancing the profitability of the Karish-Tanin development. Alternatively, it could form part of a new development called the Olympus Area.

Energean’s Olympus Area consists of Block 12 and the prospects on the Tanin lease. The discoveries and prospects in this area lie along the same geological trend and Athena was drilled on the same direct hydrocarbon indicator (shown in the seismic analysis) as Tanin. As such, Energean is confident that the Athena discovery has de-risked the A, B and C sands in the remaining prospects of the Olympus Area, estimated to be 50 bcm (1.8 tcf / (321 mmboe) of mean unrisked prospective resources (total 58 bcm / 372 mmboe including Athena). This estimate excludes the liquids component as well as any gas upside in the thinner sands between the main reservoir units.

Energean has identified multiple commercialisation options for the Athena discovery and potential future Olympus Area development, including both domestic customers and export routes. These options include:

Block 12 (including Athena) benefits from an absence of any seller royalties on production or constraint on export from the lease, improving the economics versus the Karish and Tanin leases.

The Stena IceMAX has now moved to the Karish Main-04 appraisal well, of which the top hole has already been drilled. The rig will then complete the Karish North development well. A decision on whether to drill the previously communicated optional wells (Hermes and/or Hercules) is expected to be made by the end of Q2 2022.