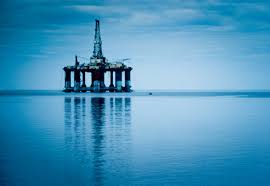 Energean Oil & Gas has backed an official proposal made by a technical college (TEI) head in northern Greece for the establishment of a petroleum institute in the northern city of Kavala.

The college’s president Thanassis Mitropoulos, who submitted a request to the Ministry of Education for a petroleum institute, has also asked that the institute’s activities be incorporated with a recently launched regional research center, ‘Eastern Macedonia and Thrace – Karatheodoris’, named after prominent Greek mathematician Konstantinos Karatheodoris.

Energean Oil & Gas contends that the region’s Prinos area will stand as the country’s only petrol-producing location for at least the next two to three years, while the wider Kavala region is a key spot for domestic and international hydrocarbon prospects.

“Energean Oil & Gas has managed to revive oil production in the Gulf of Kavala and has already started implementing a major investment program amid a particularly negative economic climate with the aim of increasing production and prolonging the life of the Prinos deposits for at least the next fifteen years,” noted the company’s CEO Mathios Rigas, who also pointed out the investment’s benefits for the local economy and community.

The company head also noted that Energean Oil & Gas has stood out as a domestic enterprise hiring specialized staff in the hyrdrocarbons field for production in the Prinos area.

“Our company considers it a given that Kavala will remain the focal point of interest for Greek hydrocarbon development and considers the proposal made by the Kavala TEI president as a development that will contribute to this course,” Rigas said.

Energean Oil & Gas says the company has already committed its support to promote the technical college’s initiative for a Kavala-based petroleum institute.