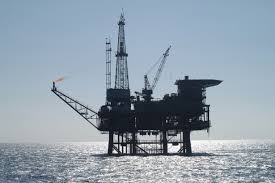 The price of crude oil may have plunged and the Greek economy may be in turmoil but the country’s sole oil producer, Energean Oil & Gas, sees this as a time of opportunity rather than retrenchment, the company’s CEO Mathios Rigas has noted in an interview with industry online publication oilbarrel.com.

Indeed, the Athens-based company has bid for two blocks in the western Greece Onshore Licensing Round, capitalising on the decision of Italian oil group Enel to withdraw from the round following the uncertainty created by the election win of the leftist Syriza party.

It was Enel’s initial interest in this acreage, the Arta-Preveza and Etoloakarnania blocks in the west of the country that had prompted the previous administration to launch the bid round. But with Enel’s withdrawal, Energean spotted an opportunity and bid for the blocks, which are in direct continuation with its existing blocks in the area.

Rigas said he understood why those who don’t live in Greece might have been scared off by the current political and financial turmoil but said this was a great opportunity for Athens-based Energean.

“Greece is still a great place to do business,” Rigas told oilbarrel.com. “Oil and gas is a long term investment and should not be affected by the politics. There are seven years to explore on these blocks and in those seven years a lot of things will happen, in the country and in Europe.”

Indeed, despite pre-election rumblings from Syriza party officials to disrupt ongoing oil sector tenders in order to secure greater state control, the new coalition government’s energy minister decided not to interfere with the process. It remains to be seen what this means for a planned deepwater bid round.

Rigas, in the oilbarrel.com interview, said the oil price is more of a concern than the current political climate. “The huge price drop has affected us because we pump around 2,000 bpd from the Prinos field,” he said.

While the price rout has impacted revenues from the Gulf of Kavala field in Greece’s north, Energean is better placed than many to not only ride out the storm but also continue with its capital investment plan to ramp production from Prinos and its Epsilon satellites.

Given that the company has existing infrastructure for 30,000 bpd of production, its own drilling rig, supply boat and personnel, Rigas reckons the break-even price will be around US$30 a barrel at peak production.

The privately-owned company has sanctioned a US$200 million investment program to drain another 30 million barrels of 2P reserves in the Prinos basin to lift output from 2,000 bpd to 10,000 bpd by 2016. Fifteen wells will be drilled and two new unmanned platforms installed at the Prinos North and Epsilon satellites, tied back to Energean’s existing infrastructure. This will extend the life of the field, which has been producing since the 1970s, for another 15 years.

“We are sticking to the same timetable to start drilling in H1 2015,” Rigas told oilbarrel.com. “The drilling rig is undergoing a major refurbishment and should be ready in the next month or so, which means Prinos will be drilled as planned. For the Epsilon field, however, which involves building a new platform, it’s just soft costs at the moment while we monitor the situation.”

And Rigas can see a silver lining to the current price slump. “People are more available, the prices on services and equipment have dropped, so our development costs should come down. Now is the time to invest so we are at full production capacity when the oil price comes up,” he told oilbarrel.com. “Long term players like us will come out stronger.”

It helps, of course, that Energean is a privately-held company with no third party debt and no outside pressures from the markets. This freedom allows the company to make long term investment decisions rather than making knee-jerk decisions in response to short-term changes in the oil price or political situation. As Rigas reiterated: “This is a time of opportunity.”