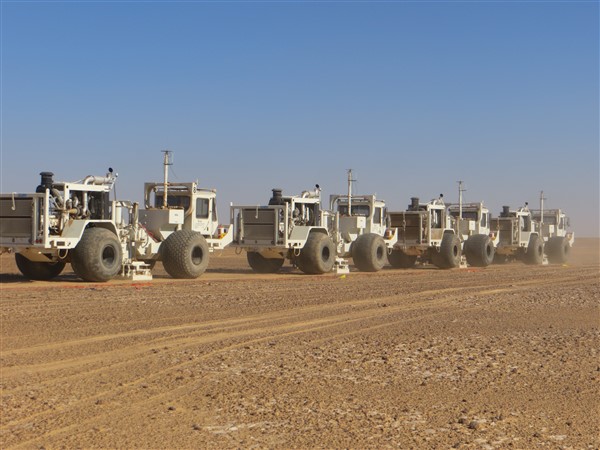 Energean Oil & Gas has completed a new 2D seismic survey over the West Baliana interior rift basin at the north of its West Komombo-Block 3 concession area, an onshore block in Egypt, the company announced in a statement released today.

The survey lasted 3 months and was conducted by Africa Geophysical Services LLC. Energean acquired a total of 389 km of 2D seismic data, bringing the total coverage on the block to 2,000 Km. The survey was conducted ahead of the exploration of two wells, planned for drilling within 2016.

The new integrated study over the Sin El Kaddab interior/Lacustrinal Rift System at the southern part of the concession, showed a well-developed thick sedimentary sequence, partially deeper than the adjacent oil producing Komombo rift system. One large prospective structure was seismically mapped over a deep seated/well pronounced paleo-Magnetic 4-ways dip closure. The mapped drilling location is surrounded by deeper depositional area and is in direct drainage patterns of potential mature late Paleozoic-Jurassic source rocks, according to the company statement.

The West Komombo block is located in the South Central Desert in Upper Egypt. It covers an area of 20,948 km2 and has a geological structure similar to the neighboring Al Baraka oil field, where international oil companies have been producing hydrocarbons for several years.