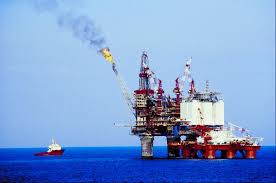 Greece’s Energean Oil & Gas has submitted a bid to an international tender for thirteen offshore blocks in Montenegro, the company’s president and CEO, Mathios Rigas, noted at an international conference, the AOG Adriatic Oil & Gas Summit, staged in the neighboring Balkan country.

During his speech, Rigas highlighted his company’s expertise in working around areas with active tourism industries. The Energean Oil & Gas boss presented a model being successfully implemented by the company in the Prinos area, northern Greece, enabling oil exploration activity alongside the tourism industry.

The model is intended to serve as a guide for other offshore oil exploration endeavors by the company, the Energean Oil & Gas CEO added.

He noted that systematic research and drilling was still needed to confirm the area’s true hydrocarbon potential. The discovery and development of hydrocarbon deposits at the Montenegro offshore blocks would offer an economic boost to Balkan countries, Rigas said.

The Economy Ministers of Montenegro and Croatia, Vladimir Kavaric and Ivan Vrdoljak, respectively, and an Albanian Energy and Industry Ministry official, delivered speeches with references to the development of regional gas pipeline projects of common interest, such as the Ionian Adriatic Pipeline, to be linked to main pipeline projects such as TAP (Trans Adriatic Pipeline).

These officials also offered their views on plans for the development of natural gas storage facilities in the region, as well as the hydrocarbon exploration and exploitation prospects of the Adriatic Sea and Balkans, in general.