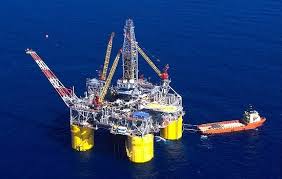 Energean Oil & Gas is planning to conduct oil exploration activity in northern Greece with a newly-acquired drilling rig, the company’s first, as part of an overall investment plan valued at 165 million euro.

Purchased from German firm KCA Deutag, an established firm in the sector, the drilling rig, now named Energean Force, constitutes a key aspect in the firm’s new investment plan. Until recently, the drilling rig was used by its previous owner in the western African region.

Its ownership by Energean Oil & Gas will allow the firm to explore more liberally, sparing it of previous restrictions, such as drilling rig availability in the Mediterranean. The firm also stands to save considerable amounts previously spent on rental and transportation costs. Energean Oil & Gas estimates that its new drilling activity will create 40 new jobs.

Speaking at a press conference to present the firm’s new investment plan, company CEO Mathios Rigas noted that Energean had invested over 180 million euro since 2007, helping keep Greece on the petroleum-producing map.

A total of 15 drilling expeditions are being planned by the firm for the Gulf of Kavala region, seven of these in Prinos, one in northern Prinos, and seven in Epsilon.

Energean Oil & Gas’s investment plan also includes two platforms, in northern Prinos and Epsilon, the first to be set up since 1977, as well as two new petroleum pipelines, one running from Epsilon to northern Prinos, the other from northern Prinos to Prinos.

The company’s drilling activity is expected to commence in December with an objective to increase production to at least 5,000 barrels, daily, by 2016. The company has pumped an average of 2,000 barrels per day this year.

“The Prinos reserve, the country’s only active and confirmed deposit, had originally been estimated at 60 million barrels and has already produced 115 million barrels,” Mr. Rigas told the press conference.

The firm will soon submit its environmental impact studies and all other required applications to the Ministry of Environment, Energy & Climate Change (YPEKA), as well as other sector agencies.