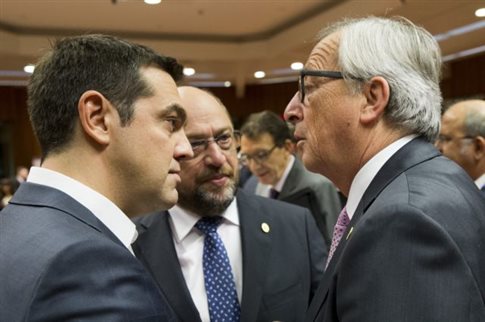 The two officials also had a meeting with European Parliament head Martin Schulz on the sidelines of the informal EU summit on the refugee issue in Valletta. During the meeting, scenarios over joint Greek-Turkish patrols in the Aegean were closed.