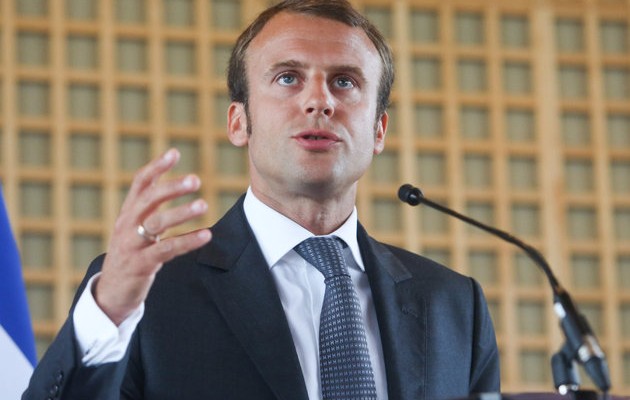 Greece belongs to the eurozone no matter which party is in the next government, France΄s Economy Minister Emmanuel Macron said in an interview with French newspaper Les Echos.

“Greece΄s place is within the eurozone, no matter who its next government is,” Mr. Macron said in the interview. “The Greek people have the sovereign right to select their representatives, who in turn will have to respect the country΄s commitments.”

Mr. Macron΄s comments appear to be an attempt to smooth the position expressed by French President Francois Hollande two days ago, when he raised the possibility of Greece exiting the 19-member bloc–departing from the traditional stance that euro membership is irrevocable.

Mr. Hollande΄s comments echoed those of German economics minister and vice chancellor, Sigmar Gabriel, who warned that Berlin wouldn΄t be blackmailed into offering concessions on Greece΄s debt or the terms of the international plan that rescued the country΄s finances.

The comments have been seen as a move to pressure Greece into respecting the reform program and reassure the markets that the region is able to weather a potential Greek exit from the euro.

The Greek leftist opposition party Syriza leads opinion polls ahead of national elections on Jan. 25. Syriza has demanded debt relief from the eurozone and promised to roll back the austerity and reform measures that the country has undertaken in exchange for aid.