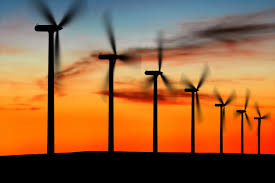 Today’s premier of renewable energy sources firm ELTEX Anemos on the Athens bourse, the first listing in five years, signifies the arrival of improved  potential for green-energy firms in the local market.

Even so, Anemos, as the newly-listed firm’s share is officially named on the bourse, managed to attract investor interest, despite unfavorable market conditions prompted by the recent suspension of shares at Portugal’s third largest bank, Banco Espirito Santo, which has caused problems, on a European level, for other IPOs scheduled for the current period.

ELTEX Anemos has announced that it will use the funds raised by its IPO to finance the ongoing development of four major wind-energy parks.

Greece’s wind-energy market has benefited from various revisions that have reshaped the sector. Positive developments include the availability of long-term energy contracts for between 20 and 27 years, and the potential offered by the current level of installed wind-energy capacity, still well below the target figure set for 2020. Also, investment costs in the sector are expected to be further reduced, while, looking ahead, wind energy is expected to constitute the country’s primary energy source as a result of the declining lignite reserves, as well as the gradual withdrawal of lignite-fueled power stations, based on the country’s national energy plan.

Moreover, the increasing cost of imported petrol and natural gas is expected to lead Greece towards further utilization of its renewable energy sources.