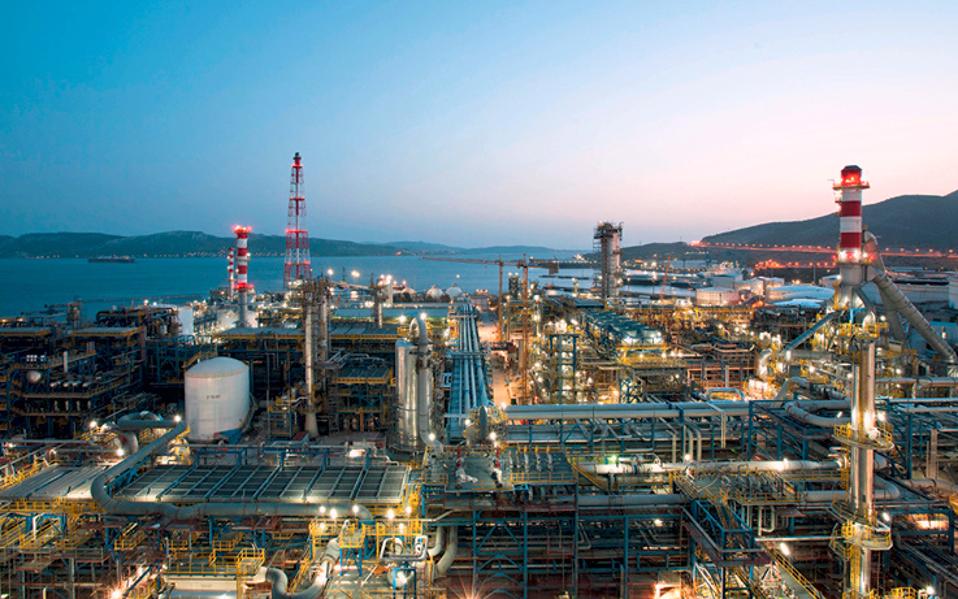 ELPE (Hellenic Petroleum) is expected to post an EBITDA (earnings before interest, taxes, depreciation and amortization) figure of over 800 million euros for 2016 as well as an all-time company record in production.

Though industry analysts forecast the corporate group will most likely not exceed its record EBITDA performance of 758 million euros, set in 2015, well-informed sources believe that ELPE will break the 800 million-euro barrier for 2016, barring unexpected developments.

Reflecting this upbeat outlook, ELPE is believed to be considering offering dividends of between 20 to 25 cents per share. The corporation’s financial results for 2016 are expected to be announced on February 23.

ELPE’s high export ratio, which has risen to 60 percent of total production, as well as the corporation’s 50-50 split of incoming crude supply from traders and producer also stand as major factors.

The company’s direct dealings with producers, greater than in the past, have cut costs and increased profit margins. Following deals reached with Iran’s NIOC, Russia’s Rosneft, Iraq’s Somo and Egypt’s EGPC, ELPE is now seeking to establish a Libyan deal.

As for ELPE’s heightened production level, the group posted an all-time high for the nine-month period of 2016, up 19 percent to 3.9 million tons.