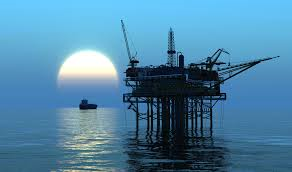 ELPE (Hellenic Petroleum), whose seismic surveys of its offshore license in the Gulf of Patras, western Greece, were recently launched by the geophysical service company Dolphin, expects to have an indicative picture of the area no sooner than one year from now.

The Greek petroleum company is remaining low-key about the oil prospects in the Gulf of Patras, at once a promising and geologically challenging location.

ELPE’s Exploration Manager Yannis Grigoriou had recently told an “Energy and Growth” conference organized by IENE, the Institute of Energy for Southeast Europe, that it would take about eight years to determine whether oil exists in the Gulf of Patras.

Environmental standards for the work to be conducted by ELPE at the Gulf of Patras have already been approved.

Dolphin, the geophysical service company conducting the seismic survey for ELPE, had also conducted a survey for Energean Oil & Gas in the Gulf of Kavala, northern Greece.

In the past, speculation on Gulf of Patras deposit had estimated a recoverable amount of 100 million barrels. If so, survey costs will range between 100 and 200 million euros, while the extraction cost would amount to 1.5 billion euros over a 25-year period.