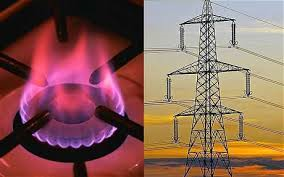 The electricity and natural gas markets remain under pressure, as indicated by the latest financial results concerning ELPE’s (Hellenic Petroleum) involvement in DEPA, the Public Gas Company, and Elpedison, a joint venture of ELPE and Edison.

The corporation’s natural gas sales declined by 13% in the first half to 1,580 million cubic meters while profits, in EBITDA terms, fell by 25% to 83 million euro. First-half profits after tax contracted by 53% to 52 million euro, as was also the case for the group’s profits, which reached 18 million euro.

The profit decline at DEPA has been primarily attributed to reduced consumption by IPPs (independent power producers) as a result of legal framework revisions made to the electricity wholesale market.

Elpedison, as a result, registered a 64% reduction in net production for the first half, falling to 473 Mwh. The firm’s total turnover figure fell by 41% to 102 million euro while its EBITDA figure increased by 13% to 27 million euro.

ELPE noted that the legal framework revisions had prompted an increase in imports as a result of significant profit margins offered.

Although the share held by natural gas unit producers in the country’s energy mix dropped from 23% to 10%, this development did not benefit lower-cost lignite production, whose share of the energy mix increased by just 2%. Hydro-power units also failed to gain ground. Instead, their share of the energy mix fell from 12% to 8%. However, the share of imported energy in the country’s energy mix rose sharply from 3% to 15%, making it the biggest gainer. Renewable energy sources ranked second, rising from 17% to 20%.