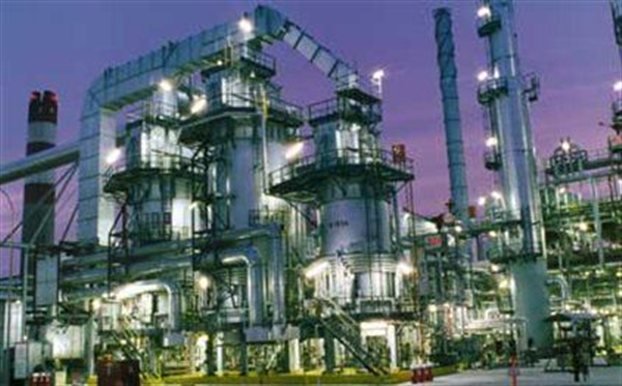 Operating results in 2Q and 1H reflect the deterioration in the industry environment, with weaker benchmark margins and a significant negative impact from a stronger Euro vs USD. Profitability was also affected by the increased provisions for CO2 emission rights and the scheduled maintenance at Elefsina and Thessaloniki refineries, which was successfully completed in 2Q, with further improvement in the performance of production units and a significant positive impact in 3Q18 operations.

In 1H18, production remained at high levels, amounting to 7.65m MT, while sales volumes reached 8.27m MT, with exports up by 10% to 5m MT, accounting for 60% of total sales. Conversely, sales in the domestic market were lower, mainly due to PPC sales volumes and bunkering.

The Group’s financial position strengthened further, with an additional improvement in funding costs, which in 1H18 were 14% lower, also as a result of the completion of the 2018 refinancing.

Finally, the formal initiation and implementation of a number of Digital Transformation actions in, as well as the improvement of Group’s energy efficiency, are important initiatives improving our competitive position in the medium term.

The resumption of US sanctions on Iran resulted in a further increase in crude oil prices in 2Q18, despite the production output control by OPEC, Brent averaging $75/bbl in 2Q18, +10% vs 1Q18, and significantly higher vs 2Q17 ($51/bbl).

Macro and political developments in Eurozone and the US led to the strengthening of Euro vs USD, averaging 1.19 vs 1.10 in 2Q17.

Stronger diesel cracks and normalization of FO spreads compared to last year were the key drivers of benchmark refining margins, with Med Hydrocracking higher at $5.7/bbl vs $4.4/bbl in 2Q17, while FCC was lower at $5.4/bbl vs $6.1/bbl.

Domestic fuels demand was 2% lower in 2Q18, with total volumes at 1.5m MT, while transport fuels recorded a 0.5% increase. Aviation and bunkering fuels were higher by 11% and 3% respectively, on increased tourism.

The Group has successfully completed the refinancing of c.€900m of existing bank debt, further improving its financial position. In particular, the Group proceeded to the following:

The refinancing of an existing €400m syndicated facility, with participation of Greek and international banks, maturing in 2023; a new 3-year, $250m revolving credit facility; furthermore, a €240m syndicated loan, which was agreed in 2016 for Eurobond refinancing, has been fully repaid. As a result of those developments, Group has covered its funding requirements for the next 2 years, while significantly improving terms and financial flexibility.

On 20 July 2018, the SPA for the sale of DESFA’s 66% stake was signed between HRADF, HELPE and a consortium comprising of Snam S.p.A., Enagás Internacional S.L.U. και Fluxys S.A., for a total cash consideration of €535m, while the transaction is expected to be completed in the next few months.

DEPA and Attiki Gas BV (a subsidiary of Shell Gas BV) signed an agreement on 13 July 2018, for the sale of 49% of the share capital of EPA and EDA Attikis.

Key highlights and contribution for each of the main business units in 2Q/1H18 were:

2Q18 sales and production came in at 4.2m MT (-2%) και 3.7m MT (-5%) respectively, affected by the planned maintenance in Elefsina and Thessaloniki refineries.

Middle distillate yield was 50%, with FO at 12%, highlighting the Group’s competitive position ahead of the implementation of the new bunkering fuels specs, following the investment in the Elefsina refinery.

Domestic Marketing sales volumes were lower, due to the decrease in PPC volumes, leading 2Q18 Adjusted EBITDA at €12m (-6%).

International Marketing affected by the reduced wholesale volumes in Bulgaria, with 2Q18 Adjusted EBITDA at €13m (-5%).

DEPA Group participation to the consolidated Net Income came in at €4m, due to the lower sales volumes (-19%).

Elpedison’s EBITDA at -€2m in 2Q18, mainly due to the shutdown of the Thessaloniki plant, despite improved profitability in Retail business.