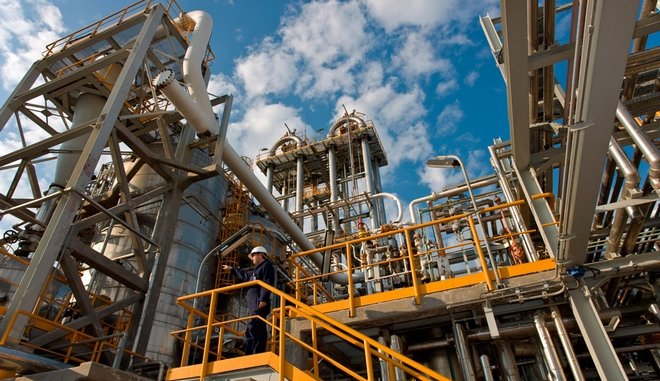 A loan refinancing agreement between ELPE (Hellenic Petroleum) and its lender banks, reached a while ago but announced now, meaning it coincides with the petroleum firm’s ongoing privatization procedure offering investors a 50.1 percent stake, is expected to boost the firm’s market value.

ELPE’s refinancing agreement for existing loans, as well as the extension of new loans, worth a total of of 900 million euros, is expected to provide some extra incentive to investors taking part in the privatization.

ELPE has secured an interest rate of approximately 3.5 percent for its loans. The rate could have been lower, at approximately 2 percent, closer to European standards, had the country risk factor for Greece been smaller.

This highlights the potential benefits to be offered by ELPE’s incorporation into a larger international group. The development promises to lift the petroleum firm to a higher tier and enable it to utilize market opportunities emerging in the southeast Mediterranean on better financial terms.

ELPE’s agreement with banks covers all its capital needs until 2020 and will provide savings worth at least 20 million euros per year. This development relays a strong message to prospective investors, essentially being told that all financing issues at ELPE have been settled for the next two years.

Two of the ELPE privatization’s five first-round participants, Switzerland’s Glencore and Dutch enterprise Vitol, both leading oil traders on a global scale, are heavily tipped to advance to the next stage.

Expressions of interest also submitted by three other entrants – a consortium comprised of Carbon Asset Management DWC-LLC and Qatar’s Alshaheen Group; Iraq’s Alrai Group Holdings Limited and the Gupta Family Group Alliance – are not expected to be shortlisted for the second round as it is widely believed their dossiers do not meet all criteria. However, officials at TAIPED, the state privatization fund, have yet to reach final decisions.

Three second-round qualifiers would be preferable for the privatization’s bidding level prospects, pundits closely following the developments have noted, as a dual battle limited to Glencore and Vitol could subdue the sale price.