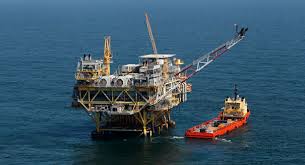 Greek oil company Hellenic Petroleum, ELPE, an active player in the recent domestic developments for hydrocarbon exploration and exploitation, intends to focus its efforts on the onshore and offshore prospects of Greece, a company official has told energypress.

ELPE heads a consortium that is set to begin exploration work in the Gulf of Patras, western Greece, following ratification of the exploration deal in Parliament just days ago.

ELPE officials believe that the company holds comparative advantages in the Greek market, as it possesses a better understating of the Greek market and how it functions.

Besides being run by a highly experienced team of its own, ELPE has also forged collaborations with major foreign players. The Greek company has been joined by Petroceltic Resources and Edison International for the consortium to explore the Gulf of Patras.

ELPE is also examining the prospect of participating in an international tender for exploration of twenty sea plots in the Ionian Sea, western Greece, and south of Crete. The tender is expected to be published in the Official Journal of the European any day now.

Back in 2008, the Greek company sold exploration and production rights it had acquired for an operation in the Libyan market. However, ELPE has maintained its presence in the wider region, as a member of consortiums for projects in Egypt. The ELPE board has reached a decision to wait for the results of current drilling taking place in Egypt. If the results are not favorable, then ELPE, according to its administration, will withdraw from the Egyptian market and focus its exploration work in Greece.