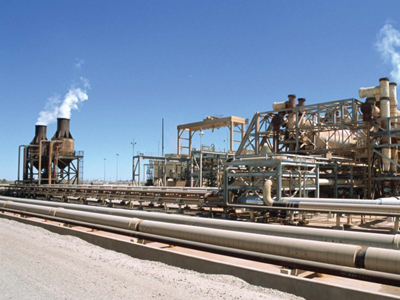 Oil companies are beginning to plan their expansion into Greece’s gas supply market, encouraged by lender demands on the Greek government for the local retail gas market’s liberalization as part of the country’s new bailout agreement.

One oil trading company, Elinoil, has just submitted an application to RAE, the Regulatory Authority for Energy, for a license to also trade in the gas market, despite the fact that it remains unclear when the retail gas market could be liberalized. Latest information indicates lenders want this market opened up in the immediate future.

Elinoil has applied for a 20-year license to sell natural gas to industrial and household consumers.

A company official told local media that the prospect of an end to regional monopolies enjoyed by gas supply companies (EPA) operating in the wider Athens area, Thessaloniki, and Thessalia, in the mid-northeast, offered market potential for Elinoil to move into the gas sector.

Elinoil will strive to utilize its client base, household and industrial, already established through oil supply activity. It plans to initially focus on industrial consumers to make the most of its extensive experience in supply of both liquid and solid fuels.

To date, RAE has issued a total of fifteen gas supply licenses but the majority of trade is dominated by DEPA, the Public Gas Corporation, and the three regional gas supply companies.

M+M, a company controlled by the Mytilineos and Motor Oil corporate groups, has imported LNG since 2010 and supplies selected industrial companies run by its shareholders. This year, M+M also supplied a major industrial enterprise without any equity links.

The country’s three EPA companies signed agreements over a decade ago for exclusive gas supply rights in their respective regional markets for 30 years. BP holds a 49 percent stake in the Athens EPA venture and Italian company ENI has 49 percent equity shares in the Thessaloniki and Thessalia EPA gas supply companies. DEPA holds majority 51 percent stakes in all three.