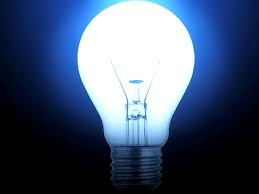 The Greek electricity market remains closed and is problematic, according to a European Commission report published yesterday on the energy markets of all EU member states.

The dominant position maintained by PPC, the Public Power Corporation, lack of liquidity, and structural problems all stand as major issues that need to be resolved, the report highlighted.

Although electricity rates were fully liberalized in July, 2013, new players have not entered the Greek electricity market, with PPC remaining the dominant supplier, the report pointed out.

It also noted that electricity prices should reflect the cost of production, while measures need to be taken to make the market more attractive for investors, increase competition, and ultimately benefit consumers.

As for the wholesale market, the Commission report noted that the government has made an effort through the planned part-privatization of PPC, while RAE, the Regulatory Authority for Energy, has also pushed to reshape the market through incentives offered for the establishment of natural gas units and a fairer pricing policy that reflects production costs.

The cash flow problem encountered by the sector from 2012 onwards, which has led to an escalation of unpaid energy bills, was noted as one of the factors affecting PPC’s standing, as well as that of LAGIE, the Electricity Market Operator responsible for the operation of the wholesale electricity market in Greece.

As for the retail market, the Commission report made note of the sharp increase of electricity bills for households and industrial consumers, which rose by 29 percent and 37.3 percent, respectively, in 2012, as a result of increased taxes, and the abandonment of cross subsidization.

The withdrawal of four electricity companies from the retail market in 2012, which left PPC in a dominant position and consumers with significantly restricted options, was reiterated in this latest report.

Based on 2012 figures, the report rated Greece’s retail electricity market as the EU’s fourth worst. Electricity consumer satisfaction in Greece is ranked second from bottom, according to the report.

Considering Greece’s geographical position, the country has the potential to serve as a hub in the wider area, the report noted, and, within this context, made reference to two major interconnection projects with Bulgaria and Cyprus, both classified as projects of common interest (PCI).

A limited budget and reduced workforce at RAE in recent years has affected the regulator’s operating ability, the report also noted.