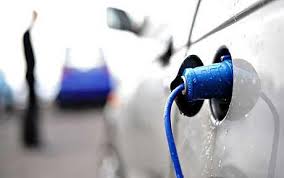 The anticipated development of Greece’s electric car market in the near future promises to spur economic growth, officials underlined at an international conference in Athens yesterday, organized by PPC, the Public Power Corporation.

“The use of electric vehicles can serve as a lever of economic growth and mobilize significant amounts of investment capital,” Arthuros Zervos, the CEO at PPC, told the conference.

Zervos also noted that PPC was planning to install fifteen vehicle charging stations, eight of these in Kozani, northern Greece, and seven in Athens. The corporation was also preparing to hire 15 electric vehicles, on leasing deals, equipped to record energy consumption and performance details.

This data, according to the PPC head, would serve to assist sector officials when the time arrives for national strategy decisions to be made on infrastructure for the future electric vehicles market. At present, just 47 electric cars are reportedly being used in Athens.

Environment, Energy & Climate Change Minister Yiannis Maniatis told the conference that electric cars would create a new market. He referred to a European Union study that estimates a total of 700,000 new jobs would be created over the next ten years, 7,000 of these in Greece. Maniatis said he hoped Greece would play an active role amid this developing scene.

According to PPC figures, the cost of running electric cars is estimated at one euro per 100 kilometers, or over ten times cheaper than the energy demands of conventional fuel-powered cars. Current models can cover between 150 and 200 kilometers before requiring a battery recharge, a process that can take about 30 minutes, if using a specialized recharging unit, and as much as ten hours if using a regular domestic power socket.