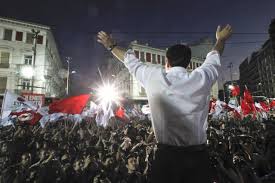 Following its victory in yesterday’s snap elections, the leftist Syriza party will face the task of finding solutions to a series of unresolved factors in Greece’s energy-sector equation. In doing so, Syriza will face the challenges of a real world whose conditions run against the party’s intentions.

Intended energy-sector privatizations by the ousted coalition, policies concerning Greece’s role in the European Union, such as the third energy-sector package and the liberalization of the country’s gas market, the party’s handling of the domestic industrial sector’s demand for lower energy costs, as well as Greece’s future ties with Russia, a country being courted by many Syriza party officials, are just some of the issues on the election winner’s agenda.

Moreover, it remains to be seen how the party will finance a social policy whose promises include free electricity for 300,000 households. How Syriza can further develop the country’s renewable energy source (RES) sector, as was emphasized during pre-election campaigning, is another issue that awaits answers. So, too, is its insistence for policy revisions to the country’s hydrocarbon exploration and exploitation aspirations that promise to provide greater control and interests for the State. It remains highly questionable as to whether such changes can draw investors to the oil exploration sector. Also, it will be interesting to see how Syriza approaches its gas pipeline infrastructure policy, whose fronts include the TAP (Trans Adriatic Pipeline) project to carry natural gas from Azerbaijan to the Continent, via Greece, Albania, the Adriatic Sea, and Italy.

The Syriza party has not yet disclosed which party official will assume control of Greece’s energy matters. Nor have any indications been offered as to whether the new energy-related ministry will continue functioning independently or as part of a bigger ministry, as is being rumored.

Much of Syriza’s pre-election rhetoric has run contrary to the country’s obligations towards the EU. For example, the party, as part of its policy, has noted that it intends to merge PPC’s (Public Power Corporation) subsidiaries – IPTO, the Independent Power Transmission Operator, and HEDNO, the Hellenic Electricity Distribution Network Operator. Even sector outsiders with just a casual interest in energy matters know that the separation of transportation and distribution from electricity production stands as an EU obligation. This has nothing to do with the harsh policies imposed on the country by its creditor representatives, or troika, but, instead, is how the EU’s energy market has functioned for a number of years. The same goes for the lignite market. Syriza’s pledge to cancel procedures for the part-privatization of PPC, a move proposed by the previous Greek government to the European Union, cannot be carried out as simply as the party has suggested.

Overall, it must be noted that EU directives and the implementation of decisions delivered by the European Court overshadow and overpower, to considerable degree, any ideological views tossed out into the open by the Syriza party. Sooner or later, the country will be forced to implement various energy-related policies as, quite simply, their implementation does not depend on Greece alone.