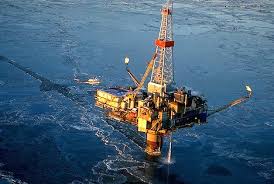 The turn to early general elections may destabilize the country’s hydrocarbon exploration prospects if left-wing Syriza, the main opposition party holding a lead in various polls, emerges victorious to form a government, either alone or as the senior partner of a coalition. The Syriza party’s views on the nature of agreements between State and investors for hydrocarbon exploration differ considerably to those supported by the outgoing government.

Bidders planning to participate in hydrocarbon exploration tenders for three onshore locations, in northwest Peloponnese and the country’s northwestern regions of Etoloakarnania and Arta-Preveza, face a February 6 deadline. The tender was published in the Official Journal of the European Union on November 5, giving interested companies the green light to begin submitting offers.

Market sources have noted that a change of government in Greece with the Syriza party at the country’s helm will raise investor concerns about the type of hydrocarbon exploration and exploitation agreements that could be demanded. As a result of the country’s murky political landscape at present, investors feel unclear about the shape of their prospective obligations to the Greek State, on a long-term basis. This is definitely a drawback for their level of commitment to the oil exploration tenders.

The outgoing coalition’s international tenders for oil exploration and exploitation are based on Lease Agreements. Details include pre-determined taxation requirements and royalty payments to be paid during the exploitation stage of a deposit. Contrary to this, Syriza party officials have promoted Production Sharing Agreements in Parliament. This is an entirely different approach and involves State representation in consortiums during both the exploration and exploitation stages, through a National Oil Company, as well as production-based royalties for the State. As government officials noted in Greek Parliament, such agreements are not implemented in market economies, such as those of the European Union. Instead, they are common in countries featuring centralized economic planning, examples being the Middle East and Africa.

As things have turned out on the domestic political landscape, Greece’s next government will need to decide – about ten days after the general elections – on whether to continue with the oil exploration and exploitation tender procedures that were initiated last year, or cancel them, if it deems that a new type of agreement between State and investors will need to apply. If the latter prevails, it will – besides the tenders for the three aforementioned areas – also deeply affect the prospects of tenders for twenty offshore blocks in the Ionian Sea, western Greece, and south of Crete, while also marring the country’s reputation as a market for foreign investment.