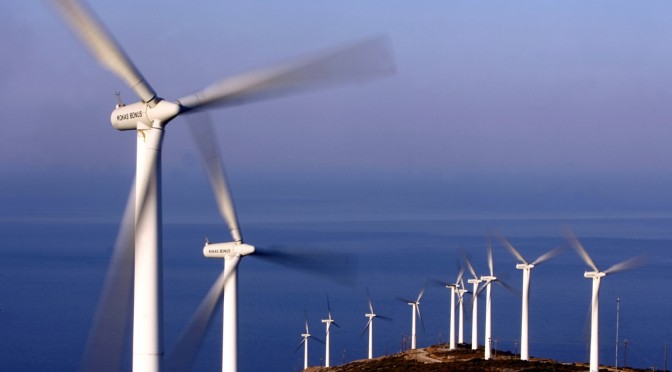 El. Tech.Anemos, a member of the Ellaktor group, has posted a consolidated turnover amount of 35.22 million euros for the nine-month period, up 7.1 percent compared to the equivalent period in 2016, despite a low-wind performance. The gain was propelled by an increased installed capacity.

Consolidated net  debt  (total  loans  minus  cash  and  cash  equivalents,  restricted  cash, and financial assets held to maturity)  increased to 160.27 million euros compared to 124.04 million  euros December 31, 2016,  as  a result of the full progress of the group’s  new  investment  program.

As for the parent company, its total turnover amounted to 34.10 million euros, compared to 30.83 million euros in the same nine-month period of 2016.

At present, the total installed capacity of El. Tech.Anemos group of companies stands at 260.30 MW and is comprised of sixteen wind parks totaling 253.35 MW, one small hydroelectric project of 4.95 MW and one photovoltaic project of 2.00 MWp. Most recently, the company developed two wind parks – Kalogerovouni (17.1 MW) in the Monemvasia area (southeast Peloponnese) and boosted capacity (2.35 MW) at its Agia Dynati wind farm on the Ionian island Kefalonia.

An investment program announced in July, 2014 has been completed, while the implementation of the corporate group’s new investment program, comprised of wind park projects with a total installed capacity of 127.6 MW, is underway. It is expected to be completed by the end of 2018.

In addition,  projects  of  a  total  installed  capacity  of  636  MW  are  at  various  stages  of  the licensing process, 113 MW of which face environmental criteria approval.