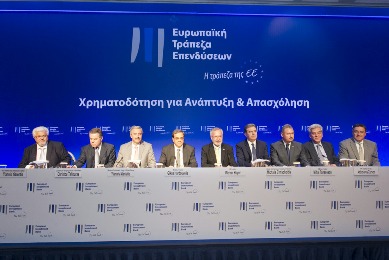 “With this strong shot we continue our support for growth and jobs in Greece,” said EIB President Werner Hoyer at a signing ceremony in Athens on Thursday.

“We concentrate on key sectors and help the Greek State to proceed with the construction of the country’s major motorways and the Thessaloniki metro to improve the citizens’ living and economic conditions,” he said, referring to the 500 million euros that will be invested in the two projects.

“We also contribute to realize the electricity interconnection of the Cyclades islands, a long awaited project in Greece. This investment boosts tourism, by putting an end to the blackout risks of the past,” he added.

“All five projects will create jobs during construction and after, through commissioning, and will have further positive spillover effects in the regional and national environment, economy and living conditions.”