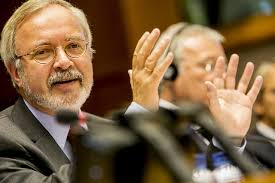 Loans amounting to 815 million euro for financing needs of five projects in Greece’s energy and transportation sectors have just been approved by the European Investment Bank.

Of the five projects, three concern the energy sector’s interconnection of the Cyclades with Greece’s mainland electricity grid, as well as an upgrade of the electricity distribution network.

In coinciding remarks, EIB president Werner Hoyer noted that the effort being made for Greece’s economic recovery would continue to be supported by the investment bank. He pointed out that the EIB’s financial support offered to Greece, so far, accounted for nine percent of the country’s GDP figure.

“It is only with investments such as these that the economy can recover and create new jobs,” Hoyer noted. “All five projects will create new jobs during the construction stage and when they begin operating, while they will also have further positive impact on the environment, economy, and living conditions of the people, both at regional and national levels.”

Environment, Energy & Climate Change Minister Yiannis Maniatis called for further financing support from the EIB to interconnect all the Greek islands with the mainland grid, as well as for the installation of high-tech “smart” electricity meters for all consumers by 2030.