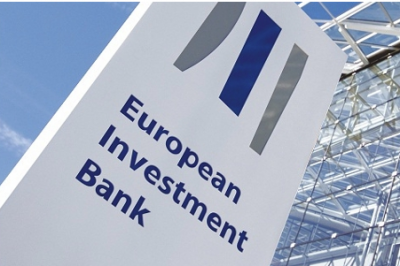 European Investment Bank (EIB) is determined and committed to contribute in the recovery of the Greek economy both through funding public and private sector projects and through offering consultancy services, Nicholas Jennett, head of Investment Team Greece and deputy managing director of EBI said.

Speaking to ANA-MPA, Jennett said: “We enhance our presence in Greece, we are here to finance Greek business activity, business ideas with a perspective that will contribute in the recovery of the Greek economy and create permanent job positions”.

“We do not have a ceiling on total funding to Greece, specially after the activation of the Juncker investment plan. As a bank we invite private businessmen seeking funds for their investment plans to knock on our door and to cooperate. Total funds for 2016 will depend exclusively on demand for funding by the private and public sectors in Greece,” the banker said.

He noted that EIB has no limitations or priorities on which business sectors it planned to finance. “In any sector, contributing in the development of the country, such as energy, tourism, food industry, technology and innovation and in general sectors related with export activity and create sustainable job positions are open to financing,” Jennett said.

“Our goals is to finance not to reject funding requests,” Jennett said, adding that emphasis will be given to finance investment plans located not only in Athens and Thessaloniki but in regional Greece as well.

“Greece has a very high quality human resource, part of which left the country because of the crisis and the aim is to bringing it back with growth,” he said.

Jennett said that EIB will respond to all funding requests, even those outside its jurisdiction, offering direction.

EIB plans to further strengthen its cooperation with Greek systemic banks, particularly on funding of SMEs which are not directly funded by EIB.

European Investment Bank has offered more than 12 billion euros to Greece since 2008, in the form of loans and guarantees, of which 1.4 billion euros in 2015.