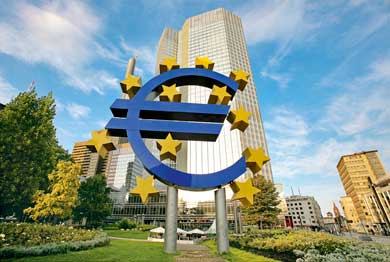 The governing council of the European Central Bank (ECB) announced on Wednesday it is reinstating a waiver affecting the eligibility of Greek bonds used as collateral in the bank’s funding operations, in a move that was widely anticipated.

ECB said the decision was taken as the council “acknowledges the commitment of the Greek government to implementing current ESM program and expects continued compliance with its conditionality.”

The waiver will take effect on the next MRO settlement date on June 29, the central bank said, adding that inclusion of the country’s bonds in its quantitative easing (QE) program will be examined at a later date.