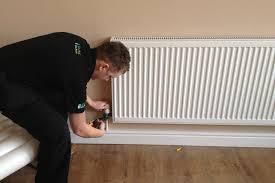 The subsidies will be available in the country’s three regions where gas supply companies (EPA) operate – the wider Athens area, Thessaloniki, and Thessalia, in the mid-northeast – as long the property values of applicants do not exceed 2,500 euros per square meter, based on tax office figures.

A total of 15 million euros will be made available for this subsidized program, of which 10 million euros will be provided for the wider Athens area, two million for Thessaloniki, and three million for Thessalia. It is estimated that 30,000 Athenian households will take part in the conversion program, along with a further 7,000 in Thessaloniki and 9,000 in Thessalia.

According to Maniatis, the Energy Minister, and EPA officials, interested parties may now begin submitting applications. Entries may be submitted until April 30, 2015.  Applications will be processed on a first-come, first-served basis, the officials said.

Maniatis said the subsidy program’s objectives were to create jobs and improve urban air quality conditions. Over the past two years, thousands of households turned to alternative heating solutions, often toxic, as a result of an increase in the cost of heating fuel, causing thick smog.

According to Greece’s gas supply companies, natural gas for heating is expected to be between 35 and 40 percent cheaper than heating fuel this winter, while the price level of gas will be 11 percent lower compared to last winter.