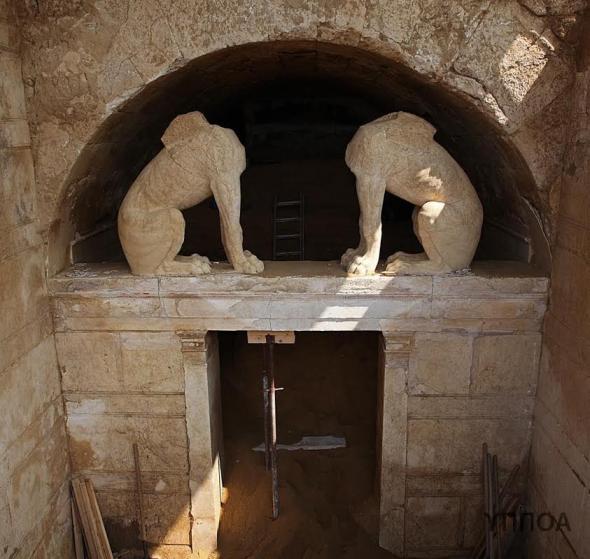 Archaeologists working at Ancient Amphipolis, in northern Greece, on Wednesday announced the discovery of skeletal remains at the site’s innermost chamber, reviving speculation about the identity of the individual buried there.

Officials said the remains found at the site, which date to the era of Alexander the Great, belonged to “a powerful personality… a mortal who was worshipped by the society of the time.”

The bones are to be examined for identification, the ministry said, with lead archaeologist Katerina Peristeri to reveal her findings on November 29.

Peristeri said on Wednesday that the remains probably belong to a “prominent Macedonian general” but would not be drawn on speculation that the deceased is Alexander himself, a prospect most archaeologists have ruled out.

Other possible occupants of the tomb, according to experts, are Roxana, Alexander’s Persian wife, his mother Olympia, his childhood friend Hephaestion or the general Cassander.

The skeleton was found in pieces spread in and around a rectangular stone grave located 8 meters beneath the site’s innermost chamber, according to the ministry. The remains had been placed in a wooden coffin which had disintegrated, according to archaeologists who gathered iron and bronze nails and decorations made of glass and bone from the grave.

In a related development, an archaeologist overseeing the excavation of another Alexander-era burial site in Aigai, northern Greece, announced the discovery of an unlooted tomb containing funeral offerings