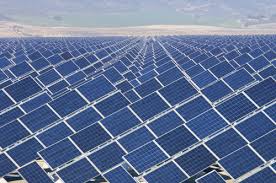 The total capacity of photovoltaic facilities installed in Greece last year totaled one gigawatt (GW) but has slowed down to 5.5 MW so far this year, a decline that has not gone by unnoticed in international industry media such as the reputable PV Magazine, which recently presented a feature on Greece’s photovoltaic market.

In its report, the magazine noted that “Greece invented drama and the country’s PV market is no exception” while highlighting the sharp installation decline over the past two years.

According to figures provided by LAGIE, the Electricity Market Operator, just 4 MW of photovoltaic parks and one MW of roof-mounted photovoltaic facilities were installed during the first eight months of 2014, while a further 0.5 MW was added to the total amount in September.

The PV magazine report attributed the considerable decline to a combination of factors, the most crucial being Greece’s bail-out agreement in the summer of 2012, while the country’s ongoing deep recession has also made an impact on the sector, dampening investment. Also, foreign investors took a step back from committing themselves to the Greek market, its considerable instability causing hesitation.

The magazine feature underlined that Greece’s PV market is paradoxical, as, despite displaying one of the highest Internal Rate of Return (IRR) figures in Europe, its investors were struggling to remain afloat.

The government has contended it had no choice but to set lower tariffs retroactively, and also impose an extraordinary surcharge, for producers as part of the so-called New Deal, established to help resolve LAGIE’s deficit problems caused by an irrationally high IRR figure early on. It had reached 36 percent, one of the highest return rates in the world. Following the cuts, the sector’s IRR figure has fallen to between 12 and 13 percent, according to the government.

Hellenic Association of Photovoltaic Energy Producers (SPEF) president Stelios Loumakis told the PV magazine that the sector’s IRR figure ranged between 20 and 25 percent prior to the New Deal.

Hellenic Association of Photovoltaic Companies (HELAPCO) – SEF locally – policy advisor Stelios Psomas put the current IRR figure at between 12 and 15 percent. “It remains higher than those of other European countries, but we need to take into the account the country’s risk factor,” Psomas noted.

PV Magazine considered Greece’s IRR figures as being at far better levels compared to Spain (7.5%) and the UK (5-8%).

The magazine report criticized the government’s handling of measures implemented in the energy sector, which it noted were carried out sloppily, reflecting the country’s overall energy policy.

Even so, the magazine rated Greece as a major opportunity for foreign investors backed by substantial amounts. The rising amount of unpaid overdue electricity bills, which has created a major RES special account deficit, partially subsidized by electricity consumers, stands as one of the country’s major problems, the magazine noted. But there is hope Greece’s economy will improve slightly and fiscal stability will attract new investment in the energy sector, it stated. The threat of bankruptcy has ended, and the return of foreign investors, to acquire existing projects, should not cause any surprise, PV wrote. Investors with money to spend may gain access to higher IRR rates than elsewhere in Europe, the report said.