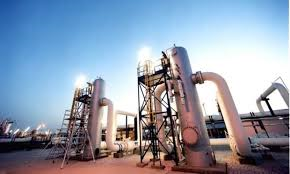 Greece’s first major energy-sector privatization, the sale of DESFA, the Natural Gas Transmission System Operator, is expected to move a step closer toward its completion over the next few days, when a law amendment, prompted by intervention from the European Commission, will be ratified in Greek Parliament.

DESFA’s prospective new owner, the Azeri firm SOCAR, is believed to be content with the amendment’s terms as they do not appear to obstruct in any way its plans to supply natural gas to the Greek market. Through this deal, Greece also promises to serve as a base for the Azeri firm’s wider operations in southeast Europe.

The law revisions will allow RAE, Greece’s Regulatory Authority for Energy, to suspend the voting rights of any vertically integrated natural gas company holding a stake in DESFA should a series of operating conditions be violated. The amendment will facilitate for shareholder voting rights to be suspended if any action taken were to pose a threat to the supply security of Greece or any other EU member state. Also, compliance with national and EU law will need to be maintained by the new owner, especially in areas concerning inspection, reporting of data, or any bilateral deals or international commitments involving Greece or the EU.

The law revision is expected to be ratified prior to September 28. Once this stage has been completed, RAE will then be able to complete its certification process and forward the details to Brussels for final approval.