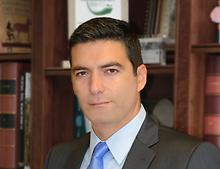 Konstantinos Xifaras, the CEO at DESFA, the Natural Gas Transmission System Operator, underlined the operator’s crucial role for energy security in the Balkan region at a recent Economist conference titled “The EU Southeast Europe Summit: On the Road to Stability and Growth”, held in Bucharest.

Following up on the conference, held October 20 and 21, DESFA released an announcement noting that, during his speech, the CEO analyzed the importance of energy infrastructure investments made by DESFA. Xifaras also stressed their contribution to European supply security and the European objective for an integrated natural gas market.

The CEO, according to the announcement, told the conference that projects such as the development of a third LNG storage terminal at Revythoussa, an islet in the Saronic Gulf, close to Athens, will prolong the temporary storage period for LNG, while, at the same time, heighten the energy security level for both Greece and regional markets.

Xifaras also made note of the important role to be played by the completion of a reverse flow gas project interconnecting Greece and Bulgaria in energy security matters concerning Bulgaria and the wider Balkan region.

The DESFA chief concluded his speech at the conference by noting that the operator’s role in southeast Europe’s new energy landscape will be crucial in terms of importing activity and transmission of gas to Europe. Xifaras described Greece as an “ideal location for the future operation of a new European hub for natural gas.”