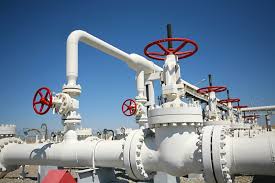 Azerbaijani energy firm Socar and Italy’s Snam, the prospective buyers of DESFA, Greece’s natural gas grid operator, have submitted an alternative proposal to TAIPED, the State Privatization Fund, in a bid to resolve differences and finalize the long-running attempt to sell a 66 share of the operator ahead of an imminent deadline on November 30.

Socar and Snam, which united for this privatization attempt after the European Commission forced the Azerbaijani firm to surrender at least 17 percent of a 66 percent share of DESFA acquired by Socar through an international tender in 2013, have submitted a series of proposals intended to limit the negative impact of recent revenue-restricting measures imposed on the operator by Greece’s just-replaced energy minister Panos Skourletis.

No details of this compromise attempt have been disclosed. Buyer representatives, emerging from a meeting yesterday with the new energy minister Giorgos Stathakis, said that leeway exists to find a solution.

The troubled sale attempt has remained alive as a result of Socar’s two one-month extensions to its letter of guarantee.

Socar was named the DESFA tender’s winning bidder after offering 400 million euros for a 66 percent stake. However, the Azerbaijani firm and fellow prospective buyer Snam insist that the operator’s market value is now worth considerably less as a result of the former minister’s revenue-limiting measures.

Azerbaijani media reports published yesterday put the Greek operator’s value at levels of around 260 million euros, roughly 40 percent less than the initial price, highlighting the gap between the negotiating sides.