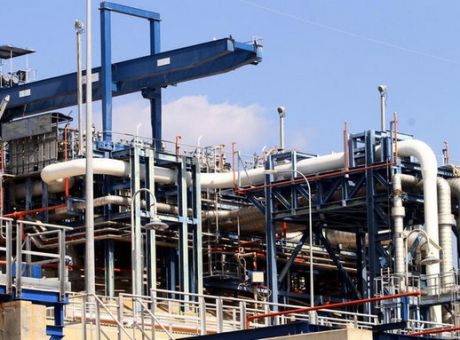 As was recently indicated by DESFA’s chief executive Nicola Battilana, the company is striving to push ahead with major investment plans to bolster the role of natural gas as a transitional fuel towards climate-neutral energy systems, and also upgrade Greece’s geostrategic role in the southeast Mediterranean.

DESFA’s investment interest very much depends on the position to be adopted by RAE, the Regulatory Authority for Energy, on projects of national significance. The gas grid operator anticipates the authority will approve, within the next few days, its ten-year development plan covering 2021 to 2030, worth 500 million euros.

The gas grid operator is looking for swift approval of the plan. Fast action would help the country’s climate-change objectives set by the Greek government.

Besides the Greek market, DESFA is also seeking to generate revenue through various projects abroad. DESFA is expected to be declared the winning bidder in a tender for the maintenance and operation of a Liquefied Natural Gas Import LNGI facility developed in Kuwait by state-run KIPIC.

DESFA is also working on a series of other interests, including becoming the fifth member of a team behind the Alexandroupoli FSRU project, a floating LNG terminal envisaged for Greece’s northeast. This FSRU, geostrategically significant for Greece, promises alternate LNG supply to the Balkans.

Project licensing preparations are also being made by DESFA for a pipeline interconnection to link Greece and North Macedonia. The operator anticipates a market test co-staged by DESFA and MER, the neighboring country’s gas grid operator, will produce favorable results.

Other project plans at DESFA include gas grid expansion in Greece’s west Macedonia region, to facilitate the entry of natural gas where lignite has dominated as an energy source.