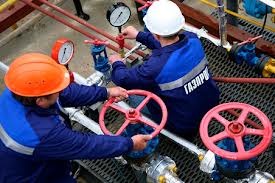 DEPA, the Public Gas Corporation, plans to seek a long-term agreement for the anticipated additional cost of a misjudged take-or-pay gas supply agreement with Gazprom.

In preliminary negotiations held with Gazprom, DEPA officials have sought a short-term temporary solution based on a three-month extension to handle the repercussions, but now the company plans to look for a longer-term agreement that will not only spread out the cost expected to be incurred for 2014 – estimated at 100 million euros – over an extended period of time, but also reduce the amount.

According to sources, DEPA estimates it will absorb between 300 and 500 million cubic meters less than the specified minimum level agreed to for 2014. Based on the take-or-pay agreement, if DEPA does not absorb 80 percent of the level agreed to in a year, then the shortfall will trigger an additional payment of 100 million euros.

Offseting the misjudged take-or-pay gas supply agreement’s cost by using it to fund future Gazprom orders is one course of action being considered.

“We have not consumed a certain gas quantity this year, but we will absorb it next year. We are processing various models, all based on the sound cooperation displayed by both sides in recent years,” noted a sector official.

At present, the Russian side appears to be showing an understanding of the magnitude of the problem prompted by the take-or-pay agreement for DEPA. Gas consumption in Greece this year has fallen by 20 percent compared to last year’s already-low level, as a result of the recession and, by extension, the subdued production levels at gas-fueled electricity stations, the country’s biggest gas consumers.

In its search to have the deal revised, DEPA has cited its long-standing association with Gazprom over the past 25 years. The Greek gas company has warned that if triggered, the take-or-pay agreement’s repercussions would be devastating for the country’s energy market as a whole. Relaying the cost to electricity production stations would worsen their already troubled standing, while if DEPA deals with the consequences alone, its financial situation will deteriorate further.