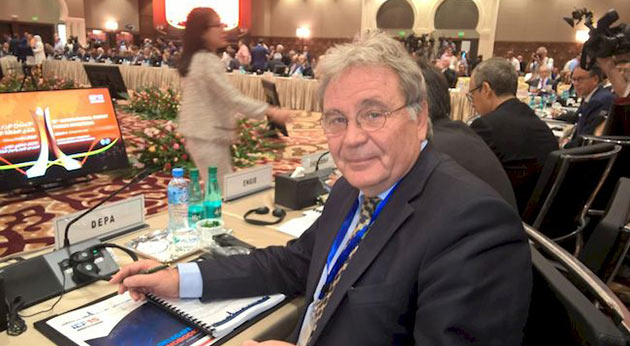 DEPA, the Public Gas Corporation, is moving ahead with investments worth 300 million euros for the development of new national networks for natural gas distribution to 200,000 new customers, household and professional, the corporation’s chief executive Theodoros Kitsakos pointed out in an interview with local business and politics weekly Kefaleo following a roundtable event in Brussels that featured leading authorities.

The DEPA chief, in the interview, presented the company’s strategic priorities, which include international projects, wider use of natural gas, as well as possible collaborations with private-sector firms.

“Natural gas remains the fastest growing energy source, internationally. Significant growth potential exists in Greece as this energy source’s market share, in terms of consumption, stands at just 10 percent, while the EU average is 20 percent,” Kitsakos noted. “Our objective at DEPA is to pass on the benefits to be gained from a liberalized and competitive market to the consumers,” added the DEPA chief.

He reminded of the crucial role played by the corporation during the recent energy crisis of December and January, with emergency gas shipments to Greece.

Natural gas demand in Greece grew considerably in 2016, Kitsakos noted. Volume sales grew by 34 percent while DEPA’s EBITDA reached 256 million euros, a performance which, along with the absence of any debt burden, indicates that the corporation is in a robust position, he explained.

Greece is capable of playing a pivotal role in the region, while the country’s energy industry can develop into a major contributor to the economy in the years to come, noted Kitsakos, adding that he underlined the significance of the East Med project at the roundtable discussion in Brussels. The East Med pipeline project is designed to transmit natural gas along a route stretching from Israel to Europe.

DEPA expects natural gas demand to rise to between 7 and 8 billion cubic meters, annually, in the next 15 years, as a result of the investments being made by DEPA, Kitsakos noted.